Why Dead Sea Moringa: Fighting Malnutrition across the Globe

Malnutrition is a worldwide problem. There are many children and adults in both developed and developing countries who suffer from food insecurity and lack of nutrition. Helping to reduce the number of people in the world who are hungry or suffering from the effects of malnutrition should be a point of interest for everyone.

There are various ways that people from all around the world work to help solve the problem of hunger, but one of the best ways of fighting malnutrition is to rely on moringa.

How Serious Is the Worldwide Malnutrition Problem?

Around the world, there are more than 2 billion people who suffer from malnutrition at any given moment. One-third of the child deaths that occur around the world are related to malnutrition, which adds up to a whopping 2.6 million children per year. Additionally, 1 in 4 of the children around the globe are stunted; their bodies do not develop properly because of lack of nutrition.

There are people who suffer from malnutrition in just about every country around the world, including first-world countries.

In fact, there’s a chance that someone who lives in your neighborhood is suffering from food insecurity and fighting malnutrition right now. However, the vast majority of the people who are hungry in the world live in developing countries.

How Does Moringa Help with Malnutrition?

The moringa tree, which is native to some areas of Asia, Africa, and the Deep Sea region, is considered by many to be a “miracle tree” that can help end malnutrition in developing countries. It grows well in the dry tropics, making it an ideal choice for solving hunger in places like Zambia. It can be used in various forms; for example, its leaves can be eaten raw, or they can be cooked and eaten like leafy greens. Moringa capsules and powder, which can be consumed as-is or added to other, less nutritious foods, are also ideal for providing nutrients for malnourished children and adults.

Why Is Moringa a Better Choice for Solving Hunger?

Of course, to someone who isn’t getting enough to eat, having access to just about any food can be a positive thing. However, the type of food that those who are fighting malnutrition are eating is important. Moringa is a therapeutic food that carries more benefits than many other foods.

For example, nshima—a type of maize—is easy to grow in much of Africa, and it is a staple of many people’s diets across the continent. Even though nshima can help with staving off hunger pains and filling bellies, though, it does not provide a lot of nutrition. It might be a solution to food insecurity for many, but it’s not a good solution for malnutrition.

Moringa is a far better source for solving hunger for a few reasons. The leaves from these trees provide much more nutrition per gram than many other popular foods, including those that are often considered “superfoods.” For example, it contains…

It also offers about three-fourths as much iron as spinach. Even a small serving of moringa can provide many much-needed nutrients for those who aren’t getting enough to eat or who aren’t eating nutrient-rich foods.

What Are the Other Benefits of Dead Sea Moringa?

Along with providing superior nutrition, Dead Sea Moringa has many other benefits, too.

It’s not only a great product for fighting malnutrition but also a good supplement even for those who are not food insecure.

How Can You Help with the Worldwide Hunger Problem?

Simply being aware of just how serious the hunger problem is around the world is a good start. Educating yourself and sharing what you have learned with others can make a big difference and can help spread awareness. There are also various programs that you can participate in and donate to if you would like to help.

Another way that you can help in fighting malnutrition is by purchasing your own bottle of Dead Sea Moringa. Then, you and your family can enjoy the nutritional benefits of Dead Sea Moringa yourself. For each bottle that you purchase, a moringa tree will be planted in a food-poor region.

This means of humanitarian aid is possible because of our partnership with the program Trees for the Future, which was officially registered as a charitable organization in August 1989. Since it was founded, Trees for the Future has planted 115 million trees of all kinds in dozens of countries.

Through your purchases, you have helped us sponsored more than 26,000 moringa trees in food-poor areas since 2014, and you can continue to be a solution to the global malnutrition problem by purchasing your own bottle of Dead Sea Moringa. Plus, once you have tried Dead Sea Moringa yourself, you are sure to be more than happy with the benefits that it can provide for you and your body, too. 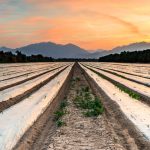