The Dead Sea region is a fascinating part of the world with a rich history and an undoubtedly promising future. So, it should come as no surprise to find that many people regularly look up facts about the Dead Sea to learn more.

Given that this body of water—and its surrounding area—is the site of so many new discoveries and unearthed treasures, there is a significant amount of information that can be found. However, the five facts about the Dead Sea discussed below serve as a great starting point, shedding some light on why the salt-rich lake is so important.

One of the most interesting facts about the Dead Sea involves the life within it.

Though the Dead Sea was originally called “the Salt Sea,” as recorded in the Hebrew Scriptures, it later became known as “the Dead Sea” when visitors to the area noticed the lack of plants and fish in the water.

It is true that the salinity levels of the Dead Sea make it impossible for anything other than bacteria and salt-tolerant plants to survive. However, researchers are finding new forms of life cropping up in its depths!

In 2011, for example, Ben-Gurion University of the Negev (BGU) researchers uncovered freshwater springs on the Dead Sea floor, along with a number of microorganisms that had never been seen before. [i]

Discoveries like these are essential for scientific advancement, demonstrating that there may be much more information yet to be uncovered.

When searching for facts about the Dead Sea, many people are interested in the records this body of water (and the areas around it) holds.

It is strange to imagine chunks of asphalt floating on the surface of a lake and along its banks, but this is actually one of several resources to emerge from the Dead Sea.

The asphalt seeps through deep cracks in the bottom of the lake floor, eventually rising to the top of the water. Though most pieces are fairly small in size, there have been cases of enormous blocks appearing as well.

Over the years, locals have scooped out the asphalt and used it for a variety of purposes, such as decorating and waterproofing. Researchers have even found asphalt figurines dating back to Neolithic times.

Additionally, at around 1000 BC, the locals started exporting the asphalt to Egypt, where it is believed the material was used in mummification procedures.

Some of the minerals found in the Dead Sea and along its shores include the following:

Due to its unique mineral composition, water from the Dead Sea should NEVER be consumed. However, that does not mean people cannot still benefit from the mineral-laden water and soil. One of the many interesting facts about the Dead Sea is how it is used for medicinal and cosmetic purposes…

Individuals suffering from the aches and pains of arthritis have found relief after floating in the Dead Sea. And countless skincare products made from the mud of the Dead Sea have been created after people with acne, psoriasis, dry skin, and other issues reported positive results from Dead Sea treatment.

Even the plants that grow near the Dead Sea—such as the moringa used in our supplement, Dead Sea Moringa—benefit from the mineral-rich soil, enriching and providing them with extra nutrients.

5) The Dead Sea is a place of agricultural production…

It may seem unlikely that a place called the “Dead Sea” would be suitable for any sort of agricultural production, but the truth is that a number of crops are grown near this salty body of water.

There are several cooperative settlements around the Dead Sea that use innovative technologies and sustainable farming methods to yield the highest quality and quantity of produce possible. For example, recycled wastewater is used in drip irrigation systems, which encourages the growth of healthy plants and prevents water waste.

So, what types of plants are grown around the Dead Sea?

Moringa oleifera—also known as the horseradish tree, the drumstick tree, or the ben oil tree—is a type of plant that does particularly well in the Dead Sea region. On its own, the moringa tree boasts a wide variety of health benefits, as it is a vitamin and nutrient-rich plant food source.

However, when grown near the Dead Sea region, the moringa tree is able to soak up additional nutrients from the mineral-rich soil, which is why its fruits, leaves, seeds, bark, and roots are harvested to make Dead Sea Moringa.

Additionally, farmers in the area frequently grow the following crops:

As you can see, a variety of fruits, vegetables, and other useful plants are able to thrive in the Dead Sea region!

There are several fascinating facts about the Dead Sea region that many people are unaware of, including how…

That is why we encourage individuals to take every opportunity to discover new facts about the Dead Sea, as well as contribute to the region’s agricultural efforts by trying a bottle of our Dead Sea Moringa—nutrient-packed moringa grown in the mineral-rich soil of the Dead Sea. 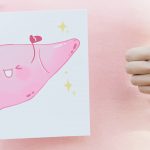 How You Can Support Your LiverBlog, Health 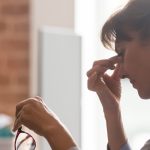 How to Improve Your Mental Focus at WorkBlog, Health